Detailed here are relatively mundane (to space travelers, at least) equipment items for use in space fantasy campaigns. 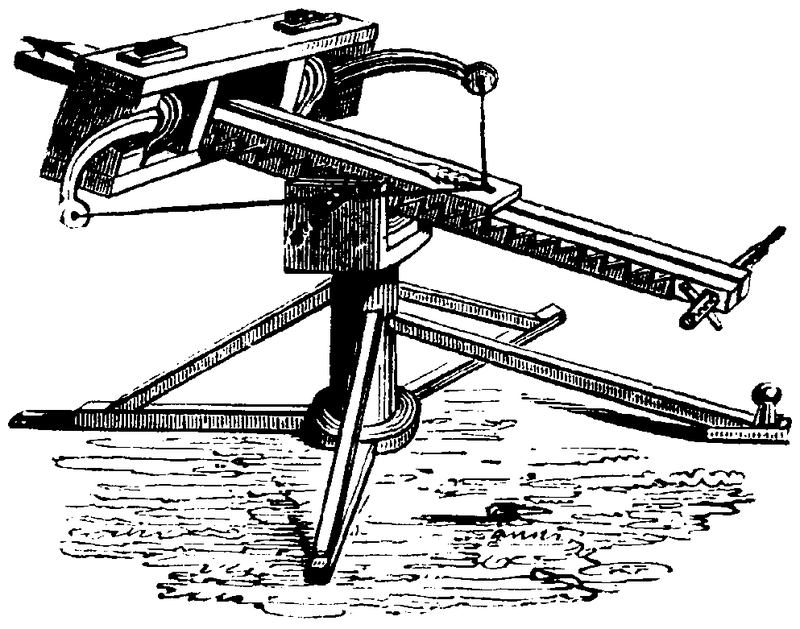 Weapons and Ammunition
No sooner did the gnomes travel into the aether than they started devising ways to salvage wrecked ships. At first they developed projectiles connected to grappling lines, allowing them snag and retrieve wreckage from difficult locations like asteroid belts. Then they experimented with using alchemical substances such as tanglefoot bags. That, in turn, let to prototypes using alchemist's fire, creating a potent but possibly dangerous new ammunition.

Ammunition
Grappling ammunition combines a ballista or crossbow bolt with a grappling and a line of silk rope. If fired close enough to appropriate targets (that is, ones with surfaces that the hooks can snag), it allows users to pull them back to the ship. If used against unwilling targets, they cause half normal damage but can be used to make trip attacks.

Entangling ammunition works in a similar manner, except that the sticky substance contained in the tanglefoot bag attached to the end lets it adhere to just about anything. If used against unwilling targets, the projectile does half normal damage, and targets are allowed a Reflex save just like with ordinary tanglefoot bags.

Incendiary ammunition includes a hollow ceramic head with alchemist's fire. For that reason, they cause half normal damage, plus an extra 1d6 fire damage, or 3d6 for ballista bolts. Targets continue to suffer damage unless they make a Reflex check to extinguish themselves. In the case of inanimate objects such as ships, this can be a potent weapon, indeed. The volatile nature of the alchemist's fire means that these weapons have a misfire rating of 1, however. (Refer to Ultimate Combat to find more information about misfiring weapons.)


Ship Armor
It should come as no surprise that dwarves were the first spacefarers to think of attaching metal plates to the outsides of their aetherships. After all, they usually have access to plenty of meteoroid iron ore. What is more, knowing that ships in space don't need to worry about floating on water, they had no reason not do so.

In game terms, adding plate armor to a ship increases the hit point total for its hull by 33%, and increases its hardness by 5. This costs an amount equal to one quarter of the original price for the solar vessel. For example, putting armor on the Skylark, detailed above, would cost 25,000 gp, and raise its hit point total to 1200 and its hardness to 10. 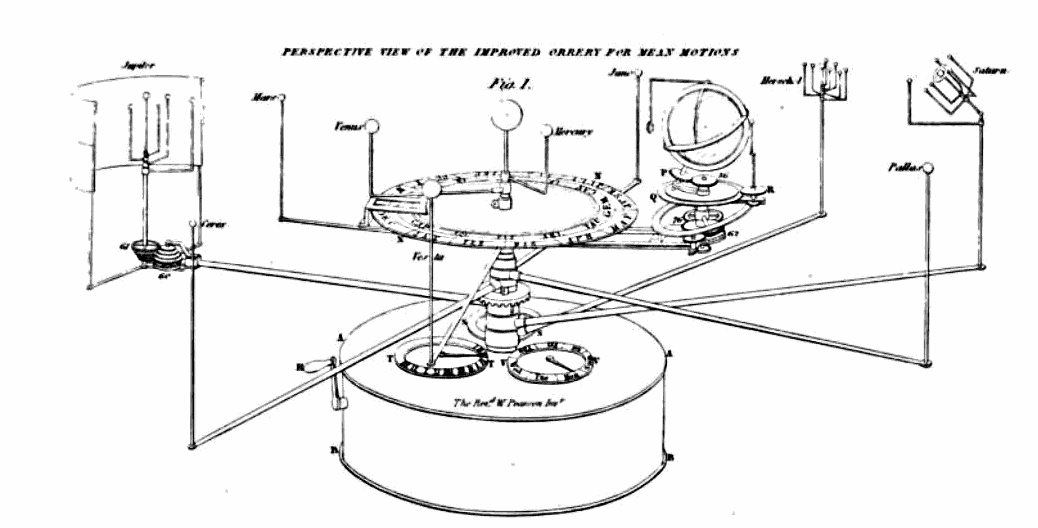 Other Equipment
These items, while perhaps not as exciting as weapons and armor, are still very important for safely navigating the spaceways.

Other Equipment
Orreries are devices that depict the movements of the bodies in a solar system. They usually place the primary star in the center of the device, and then have armatures that depict the various planets and moons. In this way, it is possible to represent the relative positions of these bodies, and thus to plot accurate routes between them.

Clockwork orreries are bigger, fancier version of ordinary ones. Whereas those must be moved by the user based on planets' rate of revolution, the clockwork version has an elaborate mechanism that keeps the armatures moving as appropriate to their relative speeds.

A mounted spyglass is simply a larger, more powerful version of the kind normally used by ships' captains. It is usually placed atop the ship's sterncastle or, if it has one, the forecastle. This item magnifies viewed objects to ten times their normal size, reducing penalties to Perception checks based on distance to -1 per 100 feet.

Star charts, much like captains' logbooks onplanet, are valuable resources, with notes about the planets and other bodies in a system, the stars and constellations that serve as reference points for steering a vessel, and other such details. Typical ones cover the basic information needed for navigation, but captains always add details as they explore. Note that a given set of charts is only useful in a particular solar system.

Provisions
A crucial factor to consider when making voyages through the aether is providing enough food and drink for the ship's crew. Per the Pathfinder core rulebook, most characters require a gallon of water or other fluids, along with a pound of food, each day in order to remain healthy. Multiple these figures by the total number of crew members, and the estimated length of a give voyage, and this becomes a large amount of cargo. While some players and GM's may not wish to worry about these details—especially if the PC's are low-ranking members of a ship's crew—they can add a sense of realism and even tension to adventures if they should start to run low.

Refer to pages 444-5 of the Pathfinder core rulebook to find rules for when starvation and thirst begin to affect a crew. 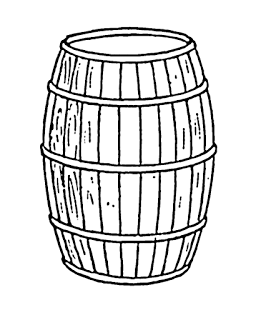 Posted by Nate Christen at 7:17 AM