To mark the fourth anniversary of this blog, here's a link to the compiled PDF with this year's articles.

-Nate
Posted by Nate Christen at 9:31 AM No comments:

What Else Was Happening? 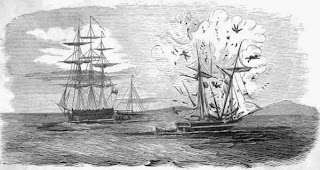 Although not all scholars agree, many concure that the Golden Age of Piracy lasted from around 1650, when Henry Morgan and other buccaneers ravaged the Spanish Main, until 1725, the point after which the pirate haven of New Providence was irradicated. The Skull & Bones rulebook, along with the Buccaneers & Bokor ezine (Issue #3), do a good job of listing the major piratical events that took place during this period. The purpose of this article is to detail the happenings that weren't specifically related to piracy, but that help flesh out the background for a campaign set during this time.

The writing of this article is indebted to one source in particular, a book called The Timetables of History by Bernard Grun.

Timeline
Listed below are the respective years and the events that took place in them.

Posted by Nate Christen at 9:33 AM No comments:

Here's another post inspired by Wilbur Smith. Right now I'm reading Monsoon, and in it the crew is forced to deal with a fallen mast.


Interlude 53: The Dismasting
The rigors of travel at sea--not to mention nautical combat--can be hell on a ship and crew. At no time is this more apparent than when a ship loses its mast, sending it crashing down to the deck or into the water. Such a situation presents numerous dangers and other challenges, but provides PC's with various opportunities to show off their abilities and skills.

Why This Happens
This situation could occur for a number of reasons. For one, that mast could be stricken by lightning or snapped by powerful winds during a storm. Another possibility is that enemy fire manages to break it, either through a sustained volley or because of one lucky hit. It could also happen that a band of attackers storm the ship and, using axes, manage to chop through it.

Where It Goes
Once the mast does fall, it's important to know in which direction it falls. To determine this, use the scatter chart for grenade-like weapons from Chapter 8 of the Player's Handbook. Of course, the GM should also consider the direction of the prevailing wind, especially if that is the cause of the dismasting.

When it does fall, a number of results occur right away. For one, characters who happened to be in the crow's nest or in the rigging must make DC 25 Strength checks to hold; those who fail are thrown from the mast and suffer the effects of a fall equivalent in height to the characters' initial height minus ten feet. The surface they hit, of course, is determined by the aformentioned scatter result. Those going into the water can treat the fall as being another ten feet less, although they must then make Swim checks appropriate to the condition of the sea. Those who hit the ship's deck take damage as normal. Class abilities that reduce this, such as for the rogue and monk, can be applied as normal.

There is also the chance that the falling mast hits characters standing on the main deck. If this is the case, they suffer damage equal to 1d6 for every ten feet they are from the base of the mast. Said characters make make a DC 20 Reflex save in order to halve the damage. Moreover, those who fail become pinned under the mast and need to make a DC 20 Strength check in order to be freed.

What the Crew Needs to Do
The other main effect of the dismasting is that the ship's speed is reduced to one third, rounded down (for ships with two or three masts), or one half (for ships with four or more masts). Ships with just a single mast lose their method of propulsion. Furthermore, all Profession: sailor checks made to steer it suffer a -10 circumstance penalty. For dismasted single-masted ships, of course, maneuvering is impossible. This remains the case until the crew can cut away the remains of the mast. Treat the mast as having hardness 5 and 60 hit points for this purpose. Even so, the speed only returns to one half normal (for ships that started with two masts) or to two thirds normal (for ships that started with three or more masts), rounded down, until a new mast can be put in its place.

Replacing a mast is a daunting task. First, the crew must find a suitable piece of timber. Unless the vessel is carrying a spare, they must search on shore to find one. If it is a fresh tree, they must cut it down and then move it aboard the ship. The latter action requires a series of DC 30 Strength checks, although as many as twelve characters can combine their efforts. Failed checks do not cause damage, but do take up more time. The GM could use this for a bit of excitement if the PC's have enemies pursuing them while they make repairs. Additionally, a DC 15 Use Rope check provides a +2 synergy bonus. Once the mast is close enough to be brought aboard the ship, a DC 20 Rope Use check is needed to rig it properly. Then, another combined DC 30 Strength check is required to hoist it into position, and failure by five or more causes it to fall again. Finally, a DC 20 Craft: carpentry check is required to secure it, and again failure by five or more leaves it susceptible to failure at a future time chosen by the GM.
Posted by Nate Christen at 4:07 PM No comments:

While I'm working on new content, I want to share a couple of recent discoveries. One is my growing excitement that a date has been set for the premier of Black Sails: 25 January 2014. It'll be nice having something pirate-themed on TV again.

The other is a picture that I found while digging around on Wikipedia the other day. 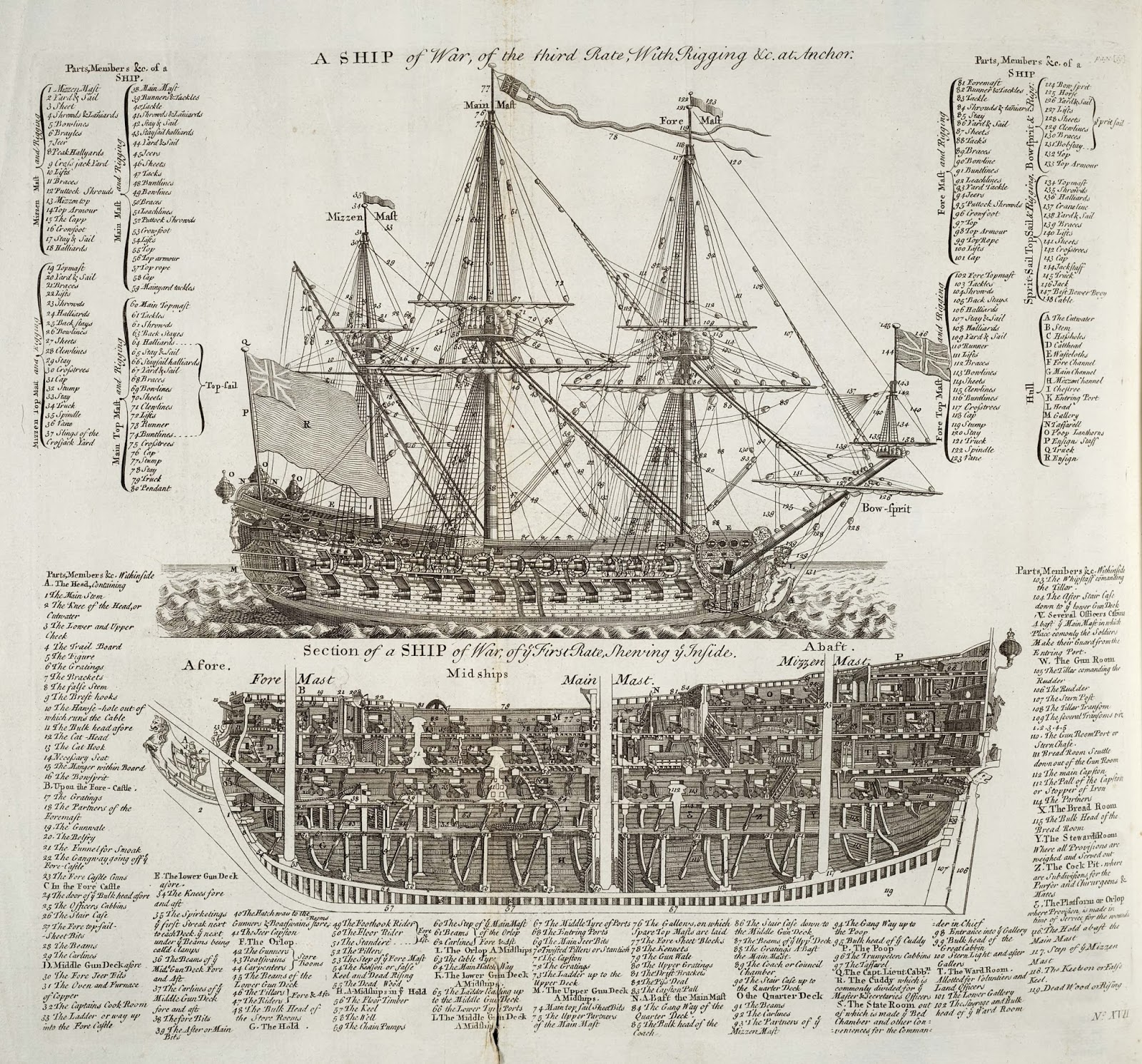