Building on yesterday's post, this one describes roles for characters aboard a ship and the daily routine that one can expect.

Races
Although there are always exceptions, members of different races often tend toward certain occupations in space. For example:
The cosmopolitan nature of fantasy space also allows the GM to introduce more unusual character races, too, such as humanoids or races from other settings.

Classes
Just as with the races described above, different classes are more likely to excel at different roles aboard a ship.
Here, too, the GM has a good opportunity to introduce character classes that are not normally found in the campaign's starting setting. These could include ones from supplemental rulebooks, third-party products, or even the GM's own devising.

Life Aboard an Aethership
In many ways, life aboard an aethership is similar to living aboard a sailing ship onplanet. Even so, different types of voyages can have widely varying roles for crew members. What is more, traveling the spacelanes includes some factors that are unique to aetherial travel.

Purpose
The first thing to consider is what type of excursion a journey entails. For exploratory missions, the vessel carries as many crew members, along with as much equipment and provisions, as is necessary. A military expedition tends to carry more passengers in the form of soldiers. Mercantile voyages, of course, carry a large amount of cargo for selling, and tend to have smaller crews. Finally, religious or colonial missions usually carry enough people and supplies to establish a settlement on the destination world.

Positions
Next it is important to determine which crew positions the PC's fill. They could always be ordinary hands. Given their exceptional abilities, however, it is more likely that they fill one of the following stations.
Keep in mind, too, that many of these positions have an appointed assistant; this can be a stepping stone for characters who are making the transition from ordinary swabs to more important posts.

Daily Routine
For the most part, aetherial travel is an uneventful process. Given the distance between planets, the primary star(s) and other celestial bodies, it takes a long time. To provide some structure, the daily schedule is divided into watches, as detailed below. Time is kept via an hourglass, which is turned by crew members on duty when necessary. This system means that crew members who serve on the first, morning, afternoon and second dog watch on one day, then serve on the middle, forenoon and first dog watches on the next day.

For the most part, duty consists of little more than making sure the sails are set properly and then keeping an eye out for trouble. There are also the daily tasks of plotting and monitoring the course of travel, along with cooking and distributing meals and the like.

Entertainment
Since these voyages can become tedious, any form of entertainment is welcome. The stories and songs of a bard are, needless to say, a welcome distraction. On some ships, this entertainment can even develop into an actual play, with crew members filling the roles of director, actors and other functions. Dice and card games can also make for a good distraction, although playing for money is usually prohibited in order to avoid conflicts between crew members. 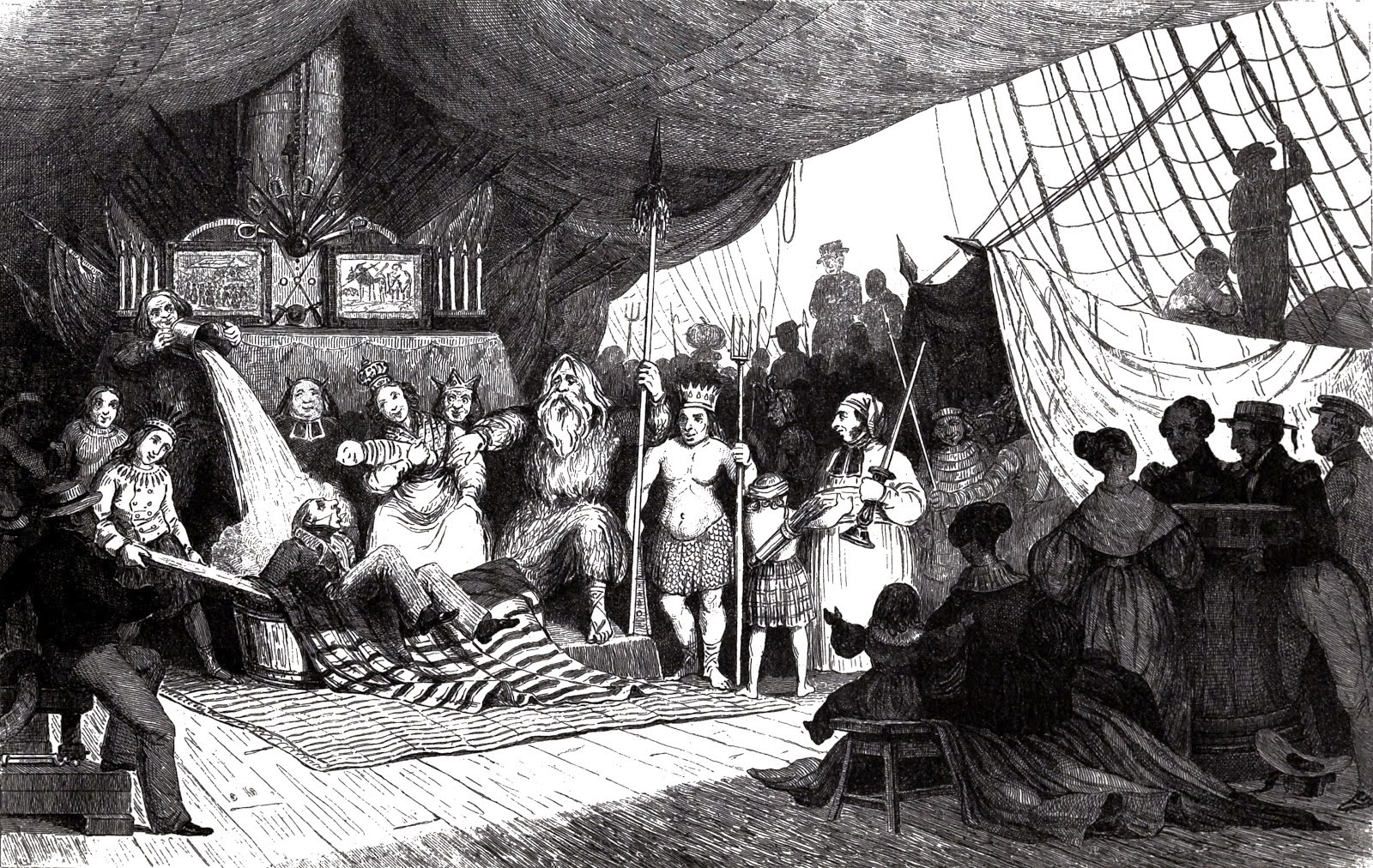 Posted by Nate Christen at 6:42 AM