The newest scenario for use with Treasure Hunter Adventures and the Savage Worlds RPG pits the heroes against a band of mercenaries operating from a long-lost stronghold of the Inquisition. 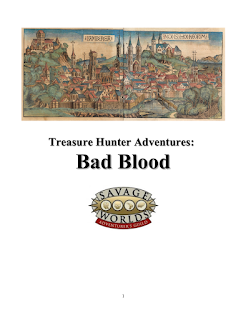 Posted by Nate Christen at 7:00 AM No comments:

For the third and final preview of Bad Blood, here are three cryptic telegrams found amid the Inquisitor's other items.

Posted by Nate Christen at 4:02 AM No comments:

For the second preview of "Bad Blood," here are sketches taken from a long-lost journal belonging to a member of the Inquisition. 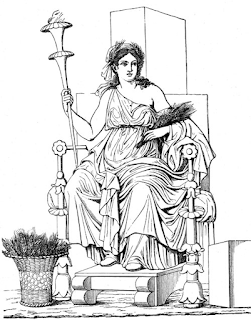 Here are two depictions of female deities, Demeter (above) and Freya (below). 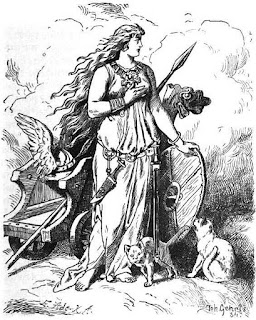 The next one depicts Walpurgisnacht, the night of the year on which, legend has it, witches gathered to celebrate and the boundary between this world and the next was thinnest. 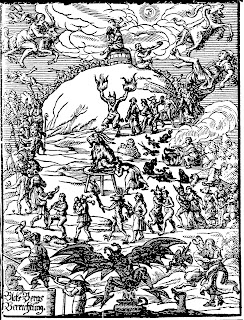 Finally, here is a note--including the impression of a signet ring--taken from the journal.

Posted by Nate Christen at 3:59 AM No comments:

Here's the first preview of the next full scenario for Treasure Hunter Adventures; this one's called "Bad Blood." This one focuses on some of the pictures and maps.

Above is a drawing of medieval Bamberg, in Bavaria, Germany; below is a map of the city. 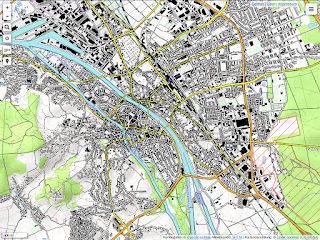 Next comes the map of a stronghold used by the Inquisition. 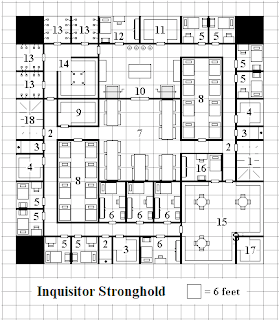 Finally, here's an elaborate clock that forms one of the puzzles. 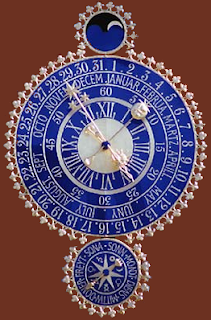 Posted by Nate Christen at 9:29 AM No comments:

Trailer and Release Date for National Treasure: Edge of History

It seems that the final trailer was released, and the release date for the series announced, at D23 over the weekend. Here are my thoughts.

Posted by Nate Christen at 3:49 AM No comments:

Here are my notes from the first full session of my new Spelljammer campaign. I'm running Spelljammer Academy as a lead-in to Light of Xaryxis. 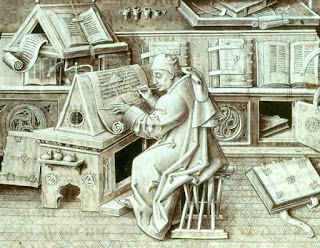 The action opened with the heroes aboard the spelljammer ship Moonraider. An astral reaver slammed into the side of it, and the resulting impact killed off Captain Sardax. With her last breath she implored the heroes to hold the top deck at all costs. They acquitted themselves admirably, charging into battle and cutting down the attacking reavers with axe and sword cuts, arrows and an icy spell. Then another explosion rattled the ship—only to freeze in the middle of the action, and then be revealed as an illusion used for training purposes, one depicting the Battle of H'Catha. Boatswain Tarto commended them on their performance, and then gave them a list of duties to complete as their orientation at Spelljammer Academy.

From there they went to the reception and met Sor-Kur, the thri-kreen receptionist. She gave them their welcome kits, including uniforms, toiletry bags and gear vouchers. Next they headed for the dormitory, where an astral elf named Veena tried to take Rixian's bunk assignment. He stood his ground, Glob added an insult, and a fight ensued. With a flurry of punches, along with a couple of mind sliver spells from Illyan, the heroes convinced the elves to bunk elsewhere.

Next they attended a tour of a visiting spelljammer ship, a flying fish ship. During the tour, Rixian noticed a hobgoblin officer, Vashnik, meeting with a captain on another dock; Vashnik seemed to pay a bribe in exchange for a bottle of something. Rixian chose to sit on that knowledge for now.

On the assault training obstacle course, Crishymm ran out to an early lead, but then got into trouble. Glob had some trouble with the spinning wheel of maces, too. Crishymm was the first to complete the course. Illyan used magic to reach the top of the climbing pole, and the rest of the heroes finished the course as well.

Next, Crishymm and Glob visited Mister Blip, the autognome quartermaster, to requisition gear as part of the Spelljammer Corps. At the same time, Illyan, Durgo and Rixian reported to Saerthe Abizjn, who started training them on attuning to and operating spelljammer helms. During that exercise, Abizjn asked some probing questions, which the heroes answered to their satisfaction.

Finally, after completing their checklist of tasks, tBoatswain Tarto asked them to delivery a package to the quarters of Mirt the Merciless, the Academy Head. He was still sleeping, recovering a meeting with offworlders the night before. Mirt told them to open the package and leave it on the rug; eight neogi hatchlings erupted from it! With a flurry of spells and melee attacks, the heroes slew the neogi. Mirt rewarded them for their service. In the aftermath, they heard a worried Mister Blip mention that the attack had been a ruse to draw away security personnel, and that another theft had occurred...

Loot: Requisitioned gear for Crishymm and Glob; a 50-gp gold ingot for each character

On the morning before their first (illusionary) spelljammer voyage, the heroes gathered in the refectory for breakfast. There they heard rumors that a pistol belonging to the cook, Winston Ryeback, had been stolen. They also met a fellow cadet, Miken Haverstance, who was worried that he wouldn't live up to his team's expectations. They managed to raise his spirits.

Reporting to the Simulations Deck, they were greeted by Boatswain Tarto and Saerthe Abizin, who briefed them about the mission—sailing into the asteroid belt to recover a logbook from a wrecked vessel. They put Durgo on the helm, with Illyan acting as captain and the other party members serving as shipmates. En route they ran into a school of electric space eels, but managed to avoid taking too much damage. Approaching the asteroid belt, they spotted the wreck and came at it from above. Globulus jumped overboard, with a rope tied around his waist, and retrieved the logbook.

Heading back to Toril, they found themselves ambushed by githyanki pirates aboard a squid ship! The two vessels traded artillery fire before the heroes made a ramming attack. They missed! Having drawn in close to the enemy, however, they decided to board them. Durgo gave Glob some healing, and then the plasmoid, with Crishymm, led the attack. At one point Crishymm found himself surrounded by enemies, but he held his own. Illyan contributed guiding bolts from the deck of the party's ship, and Durgo provided more healing. The heroes won the day.

Continuing their return trip, the heroes found Miken and his team adrift, having suffered from their own encounter with the electric space eels. Glob threw over a rope and pulled the two vessels aside each other, and then the heroes provided aid and evacuated the wounded.

Loot: Award of 100 gp for each character

The heroes awoke abruptly as Boatswain Tarto was shouting and throwing garbage cans; they dressed, packed their gear and ate a hasty breakfast before heading to the Skydock. The hadozee briefed them about their mission, heading to H'Catha to recover an adamantite asteroid, before boarding the hammerhead ship Flight Foundling and heading into orbit over Toril. There they made rendezvous with a derelict beholder tyrant ship, where they went aboard, bringing a good deal of gear and accompanied by Petty Officer Winston Ryeback (male giff cook), Miken Haverstance (male human adept), Krik'lit (female thri-kreen carpenter's mate) and Pfredd (male plasmoid).

Once aboard, they divided up the equipment; Ryeback and other other shipmates headed below to set up the galley, while the heroes devised a means of moving the spelljammer helm up to the command deck. As they did so, they triggered a spin cycle trap, and the ship began spinning wildly! They were knocked around a bit by that, but eventually Rixian struggled his way onto the helm and, with help from Durgo, gained control of the vessel.

Later the heroes heard noises from the cargo hold and headed below to investigate. There they found piles of debris, out of which three clockwork horrors attacked! This was a lengthy battle. Crishymm used his axes and Glob struck with his scimitars, and the horrors counterattacked with sawblade claws and bites. Durgo did a lot of healing, and eventually Rixian's thunderwave spells helped turn the tide of the battle. In the aftermath, the heroes found pieces of dismantled autognomes—along with a survivor named Wizpop—amid the debris. Working with Krik'lit's tools, Durgo figured out how to reassemble the autognome.

They had a short rest back up on the bridge, before Mike emerged from one of the tunnels with alarming news. The heroes headed below again, with Glob and Crishymm leading the way. There they found the newly created galley engulfed in flames, with a trio of magma mephits causing the chaos. Rixian used create water to help douse the flames, while the plasmoid and thri-kreen led the charge in melee. In spite of the mephits' fire breath and tendency to explode, the heroes won the day.

Loot: Two potions of healing issued to each character; five pearls worth 100 gp each from the debris; a spell scroll of rope trick.

Following the heroes' request for aid, Boatswain Tarto and Saerthe Abizin arrived aboard the hammerhead ship Flight Foundling. They sent Krik'lit and Miken Haverstance back to the Academy aboard that vessel, but they stayed aboard the Tyrant Ship with the heroes. The combined group reached H'Catha without incident; Saerthe kept the ship hovering above the shore of the Spindle, Tarto lowered a rope ladder, and the heroes ventured ashore.

There they found evidence of the meteorite impact, along with tracks leading into one of the caves in the Spindle. Glob spotted ahead, but the spectators saw him. They introduced themselves as Greelob and Orlob, and explained that they were vying to guard the meteorite, which a one-eyed ogre had dragged here, its lair. Glob convinced the two spectators to have a duel to settle the matter, and Orlob won it with a ray from one of his eyes. Crishymm snuck into position, and then he attacked it and Glob turned on Orlob. The heroes defeated those enemies, loaded the meteorite into their bag of holding and departed.

On the way back to Toril, they fell out of cruising speed due to an asteroid in their path. Qitru the githyanki appeared, riding a star lancer, and called for the release of Miken Haverstance. The heroes explained that Miken had been taken back to the Academy, but Qitru did not believe them and so attacked. The heroes defended themselves vigorously, and so Qitru had the star lancer turn invisible and they tried to flee. Rixian shapechanged into a mole and spotted them, but they still managed to escape to their waiting vessel. The rest of the return trip was uneventful; the heroes resumed ordinary duties, while the officers called for a briefing.

While the heroes worked on chores the next day aboard the Flight Foundling, an unknown vessel arrived and giff stormed from it aboard the hammerhead ship, demanding that they surrender it. The heroes refused, of course; Rixian responded with moonbeam, and Durgo used guiding bolts. Glob jumped into battle, too, and the giff were not successful with their grenades. Just after the giff fell, two githyanki warriors appeared, hauling Miken with them. The heroes defeated them, too, and Rixian healed Miken's injuries.

With that, the heroes completed their training at Spelljammer Academy, and were prepared to be sent away for new opportunities...

Loot: Two muskets, one or more grenades (determined randomly after the first one is used), and a magical item of each hero's choosing as a graduation present (+1 rod of the pact keeper, +1 shield or weapon, bag of holding or goggles of night).

Posted by Nate Christen at 5:01 AM No comments:

Reach for the Stars from Kobold Press

This is the first in what looks to be a series of articles, Reach for the Stars, from Kobold Quarterly, who certainly have some gaming credentials. It is called "Quick Space Adventures," and reminds me of the adventure generators that come with a number of Savage Worlds settings. This looks functional and fun, and I am intrigued by the possibility of future articles. 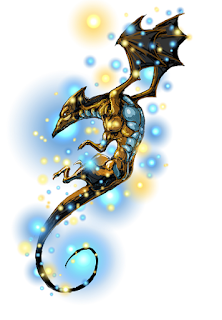 Posted by Nate Christen at 2:59 PM No comments: