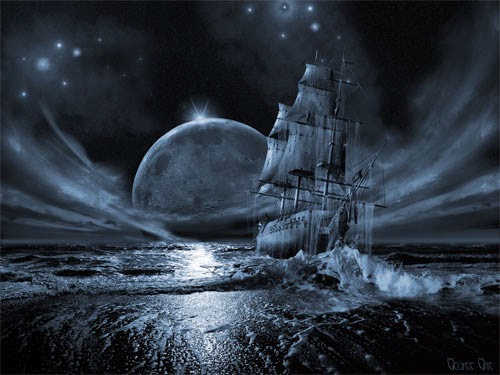 Back in May I posted an article that detailed magical items for the Pathfinder RPG, ones that could let characters take a ship into space. It was, of course, inspired by the Spelljammer setting for AD&D 2E. Since then I've been reading through the Ultimate Combat vehicle rules for Pathfinder, trying to become familiar with that system. With them in mind, I've revised those magical items, and I've written up stats for a typical aethership. 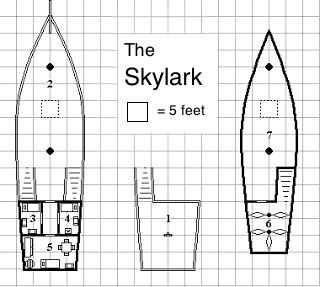 The Skylark
Refer to the appropriate map for the following area descriptions.

8. Crow's Nest (Not pictured)
A small platform high on the ship's foremast provides a place for the lookout to stand.

Posted by Nate Christen at 7:39 AM