This post presents a number of encounters that the PCs could have while exploring the Winding Way, the realm that lies between places, time periods and possibilities.


Beyond the Veil PDF 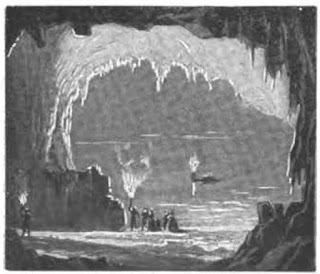 Introduction
The Winding Way is a realm that exists between different places and time periods. It can be a gateway to almost any possibility, including parallel worlds and alternate histories. The normal means of gaining entrance is to find a Crossroads, a place where the boundary between this world and others has worn thin. Failing that, it is sometimes possible to force open a portal using terrible magic, something that happened recently inside a US Army for on the American Frontier.

Adventure Synopsis
This supplement presents a number of encounters that the PCs can experience as they make their way into and through the convoluted twists and turns of the Winding Way. As such, they can be run in any kind of order that the GM desires, as ways to add drama to the PCs' exploration of this realm. If the Player Characters are pursuing a specific objective inside the Winding Way, then these encounters could be run in order as a series of challenges as they pursue that goal.

For the Gun Master
GM's who wish to have more insight into the strange nature of the Winding Way, can reference the following comic books.
Involving the Heroes
The PCs could decide to explore the Winding Way for any number of reasons, including the following. 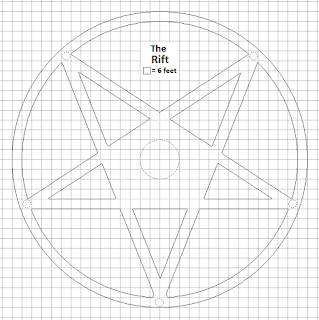 Scene 1—The Rift
Beneath Fort Arneson lies a network of tunnels that were dug in the shape of a pentagram as part of Angelica Smith's attempt to summon and bind a Crossroads Demon. Assuming that the heroes succeeded in foiling her efforts, then there is a hole in the center created by the massive flux of magical energy. Narrow holes provide access to the tunnels, and they are pitch dark inside. In their middle is a gaping hole that descends one hundred feet to the surface of the water in the chamber below.

Any efforts to climb down the hole require a successful trait check at a -2 penalty, due to the lack of handholds and slippery nature of the surface. That should be modified, of course, based on any equipment or other arrangements that the PCs can make at the entrance. 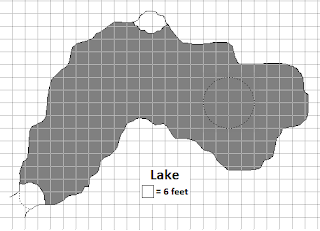 Scene 2—Underground Lake
The chamber underneath the rift is partially flooded, filled with water to a depth of thirty feet. The walls of this chamber are sheer, meaning that characters must make Swimming checks in order to move around it. There are only two areas that provide solid ground on which to stand; one is a narrow ledge in the middle of the chamber, which is also home to a constrictor snake that inhabits this area; the other is a platform that leads into the exit from here. Remember, too, that it's important to know what kinds of light sources the PCs have for illuminating the darkness.

Constrictor snake: Refer to pages 162-3 in the Savage Worlds Explorer's Edition for details.

Scene 3—Columned Chamber
A series of natural stone columns connect the floor and ceiling in this chamber, which is on average about twenty feet high. Strung between many of the columns and the wall are thick webs, ones spun by the giant spiders that inhabit the chamber.

Giant spiders: Refer to page 163 in the Savage Worlds Explorer's Edition for details.

There is one spider for every two PCs (rounded up). They try to strike from above, hoping to trap victims in their webs, before moving in to bite.

Scene 4—Chasm and Rope Bridge
A robe bridge stretches more than one hundred feet in length from one end of this chamber to the other. The ceiling rises thirty feet overhead, while the floor plunges sixty feet below. There is also a narrow cave that is home to a wolf raptor, one of the more dangerous inhabitants of the Wind Way.

Wolf raptor: Refer to page 31 in the Winding Way adventure for details.

The wolf raptor waits until one or more characters have moved out onto the bridge before leaping out from its lair and attacking. It uses its Death from Above ability to lift PCs off the bridge and then drop them for a wicked fall. 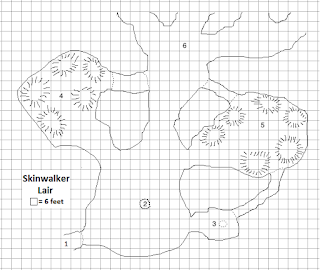 Scene 5—Skinwalkers' Lair
At some point the tunnel opens up into a larger cavern. From the entrance (1) the PCs might be able to hear (with a Notice check) the presence of inhabitants. Beyond there is a broad chamber (2) with a firepit in the middle that serves as a common area. From there branches of the tunnel leads to a midden pit (3) in which the skinwalkers deposit their waste and refuse, as well as sleeping quarters for the clan's male and female members (4 and 5), respectively. Finally, the end of the branches into several different tunnels (6), each of which leads to more branches and, eventually, other places, times, and possible realities.

Skinwalkers: Refer to page 79 in the Sixth Gun RPG rulebook for details.

There are a number of skinwalkers present here equal to the PCs in the party. They are territorial, moving to challenge any interlopers when they become aware of them. Even so, the PCs might be able to negotiate safe passage with a successful Persuasion check, with bonuses or penalties assessed based on reasoning, roleplaying and other factors.

Moving Forward
Beyond this, the tunnels can lead to all kinds of destinations; here are a few suggestions.

Scene 6—Other Encounters
During their exploration of the Winding Way, the PCs could have numerous additional encounters; presented here are a few of the possibilities. 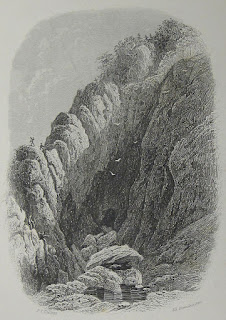 Epilogue
Due to the unusual nature of the Winding Way, this scenario can end in countless different outcomes, depending on the desires of the players, the needs of the campaign and the whim of good or bad luck. As such, the myriad possible further adventures are already mentioned above.