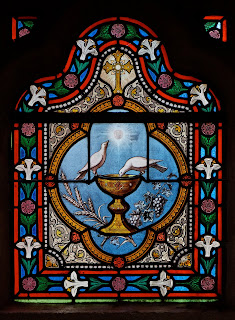 Fifteen years ago I had the pleasure of working on a project called Treasure Hunter, one that was based on the (in my opinion, underrated) d20 Modern RPG. The core supplement was followed by three adventures, all set in Greece, but a variety of factors meant that it never really picked up any momentum. Eventually I moved on to other projects, but the desire to write treasure hunter-themed adventures stuck with me. Some time thereafter I started playing the Savage Worlds RPG, and found that I enjoyed the “Fast, Furious, Fun” nature of that game. For that reason, I've started putting together a supplement, which provides suggestions for writing adventures in that genre, using the newest edition of that game.


Treasure Hunter Archetypes
Presented here for quick play are several archetypes ready to use in treasure hunting-themed adventures and campaigns; they represent some of the typical roles that characters play while undertaking such endeavors. As such, they can easily be used as pre-generated heroes for running scenarios at a game day or convention.

Face/Dealer
There's an old saying: “It's not what you know; it's whom you know.” This character takes that idea a step further, believing, “It's not what you can do for yourself; it's what you can convince others to do for you.” An affable personality and a winning smile go a long way to proving that theory.
Attributes: Agility d6, Smarts d6, Spirit d8, Strength d4, Vigor d6
Skills: Academics d6, Athletics d4, Common Knowledge d6, Gambling d6, Language d6, Notice d8, Persuasion d8, Stealth d4
Pace: 6, Parry: 2, Toughness: 5
Edges: Attractive, Charismatic
Hindrances: Overconfident
Gear: Clothing, cellular device, $500.


Occultist
This character not only studies the arcane beliefs and practices of those who have come before, but has learned how to use them to achieve potent results. For that reason, the occultist seeks discover more ancient relics and lore. While the occultist is thus sometimes subjected to scorn by those who don't believe in such “hocus pocus,” this character knows better. In a worst-case scenario, the occultist could even suffer ostracism or even persecution due to a society's beliefs about studying and practicing magic.
Attributes: Agility d6, Smarts d8, Spirit d6, Strength d4, Vigor d6
Skills: Academics d6, Athletics d4, Common Knowledge d4, Language d6, Notice d4, Occult d8, Persuasion d4, Research d6, Spellcasting d8, Stealth d4
Pace: 6, Parry: 2, Toughness: 5
Edges: Arcane Background (Magic), Power Surge
Hindrances: Driven (Major)
Special Abilities
Gear: Clothing, cellular device, magical texts and trappings, $500.

Posted by Nate Christen at 5:25 AM