Demons and Devils for The Sixth Gun

I'd like to swing back around to The Sixth Gun RPG for a moment with a short collection of demons and devils for use in that game.


Demons and Devils for The Sixth Gun RPG 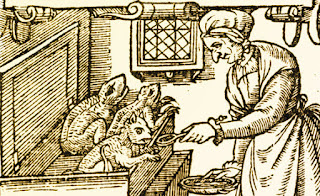 Imps
The smallest and, thus, least powerful type of demon is the imp. Some scholars of the occult believe that these are fully grown demons in their own right, while others maintain that they are more like larva, and after a certain amount of time grow into one of the more powerful forms. That notion, in turn, raises important questions about how and why they come to be born in the first place. Whatever the truth of it is, they are known to be used by occultists as familiars, and by other demons as servants and messengers. While small in size, their ability to create havoc means that they are foes not to be taken lightly. 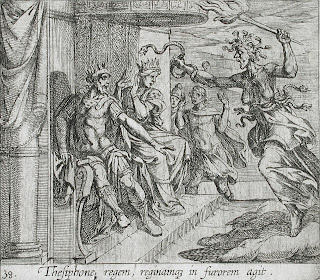 Erinyes (Furies)
These raging devils are hell-bent on vengeance; as such, they are fearsome in appearance, looking like female humans with hair like snakes, wiry but strong bodies, and fiery gazes. They wear armor like warriors, carry swords and whips or other such weapons, and have broad wings. While most often summoned to persecute a particular individual, they are sometimes kept by potent conjurers or other, more powerful demons to serve as guardians of important places and things.

Succubi and Incubi
In their natural forms—if one can call them that—these creatures look like strikingly beautiful human women with short horns jutting out of their hair, long thin tails, and broad, bat-like wings. They are able to change their shapes, however, taking on other forms in order to blend in among humans and even to change their gender. This allows them to infiltrate mortal society, and thus to gain influence over people through their beguiling charms. What is more, the pairing of an incubus and a human woman sometimes lead to the birth of a cambion, as detailed below. 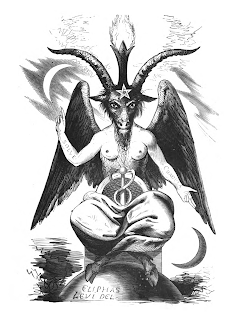 Demon Lords
Little is known for certain about these fearsome fiends, but there has been a lot of speculation. Take, for instance, the demon lord Baphomet, who is said to have been revered by the Knights Templar before their order was disbanded and many of their members were captured, tried, and executed. Baphomet (depicted above) is described as a towering humanoid figure with a mix of male and female anatomy, along with the birdlike wings and the head and hooves of a goat. Just what powers this fiend might have, however, is not known.

Other names mentioned as being powerful demon lords and archdevils include Abbadon, Baalzebul, Dispater, Moloch and Pazuzu.

Gargoyles
While not believed to be demons in their own right, these creatures certainly look fiendish. What is more, they look like their bodies are carved from stone, and in fact they can blend in among the ordinary statues on buildings such as cathedrals and others. They have bird-like faces with beak-like mouths, broad wings and sharp claws on their hands and feet. Just how they came into existence is open to speculation. 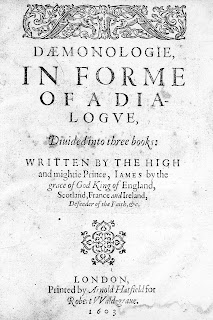 Plot Hooks
Detailed here are some of the ways in which demons and devils can be incorporated into adventures and campaigns in the setting of The Sixth Gun RPG. 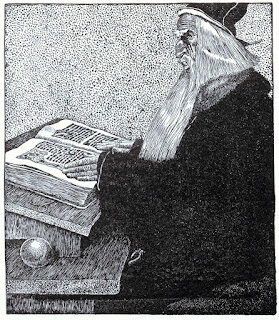 Cambions
The offspring of incubi (succubi in male form) and human women are known as cambions. They do not differ physically from ordinary humans, but sometimes are known to have extraordinary powers. Some legends even claim that the druid and wizard Merlin, advisor to King Arthur himself, was the offspring of such a diabolical union. While some speculate that cambions live longer than ordinary humans, the violence that often surrounds them most often cuts their lives short.