Here are my thoughts about this arc, the first in the new(ish) series. 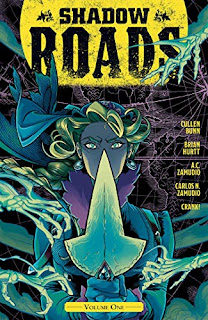 This story arc, which kicked off the new series titled Shadow Roads, ran for five issues, published from June to November of 2018. Here are my impressions:

Posted by Nate Christen at 4:05 AM