Last summer I posted a series of nine articles on this blog to mark the fortieth anniversary of Raiders of the Lost Ark being released in theaters. This year I'll post just one to mark the day, June 12th. 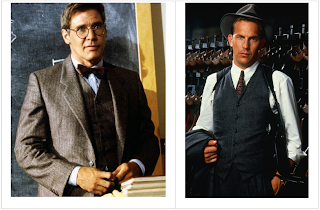 Indiana Jones and the Mystery of the Blues is a feature-length TV movie set in Chicago in 1920—told as a flashback while an older Indy and his friend Greycloud are working to recover a pipe this is sacred to Greycloud's people. That business serves as a frame, then, for Indy's story about how, while attending the University and working as a waiter, helped investigate the murder of his employer, “Big” Jim Colosimo. In this tale Indy reveals that his college roommate was none other than the up-and-coming crimefighter, Elliot Ness. This is nine years before Ness and his associates would manage the arrest of gangster Al Capone, as depicted in the film The Untouchables among other places.

All of this came to mind recently while I was paging through a little book called Lost Treasures of American History, a little hardcover book by W.C. Jameson. The final chapter of the book tells the story of the gangster “Dutch” Schultz, who accumulated millions of dollars' worth of cash, bonds, jewelry, diamonds and gold through his criminal enterprises throughout the 1920s and 1930s. The story goes that—as the authorities and his criminal rivals were closing in on his operations—he and an associate, Lulu Rosencranz, buried an iron chest containing much of this wealth outside the town of Phoenicia, Connecticut. Eventually the rivals caught up to both of those men and gunned them down in cold blood; they took the secret location of the buried loot to their graves. 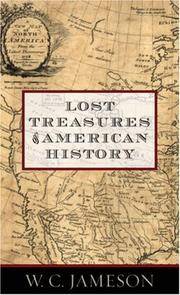 With all of this in mind, it's fun to imagine how Indy and Ness would go about hunting for that cache of loot—and to wonder which crime bosses would send their minions in pursuit of it, too.

Posted by Nate Christen at 3:53 AM