This post addresses the second story arc of the main comic series for The Sixth Gun. 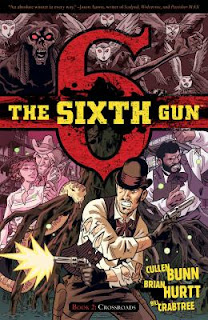 This story arc was unusual in that it only ran for five issues, published from December of 2010 through April of 2011. Here are my impressions:

Posted by Nate Christen at 4:45 AM