Strange Meteorites from Beyond the Sol System 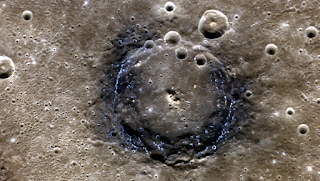 It's relatively common knowledge that the surface of the planet Wodan is pockmarked with creaters caused by meteorite impacts. What not so many know is that some of those meteorites come from beyond the Sol System, and in fact originate in the depths of space between distant stars. What is more, some of those meteorites contain an unusual greenish, liquid metal, one that is known to cause deformities and mutations among those who are exposed to it.

Origins?
Little is known about the origin of these meteorites. Some claim that they are crafted by unknown but bizarre entities—possibly the goddess Lamashtu, the Void itself, or even some unholy union of those two powers—and then sent drifting toward Sol and its planets. According to that theory, the rocks are a means of corrupting and perverting those worlds and their inhabitants. Others postulate that there must be some area of powerful, weird energy in which they originate, but do not know just what sets them into motion through the aether. Finally, at least one scholar has theorized that they might be produced by a sentient nebula, one that somehow became subject to madness.

Using the Strange Meteorites in an Aetherial Adventures Campaign
There are plenty of ways that a GM can work these unusual objects into a space fantasy RPG campaign; presented here are a few of the possibilities.