Here's the second series that I'm reading again, Days of the Dead. 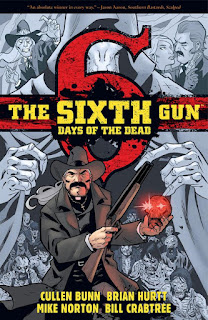 These three issues were originally published from August 2014 to February 2015. Here are my impressions:

Posted by Nate Christen at 7:23 PM