Here's another preview of Treasure Hunter Adventures: Saints & Sinners. It presents two maps that are included in the supplement. The first is an atlas of holy places in the world, while the second is for a nightclub in which all kinds of action might transpire. 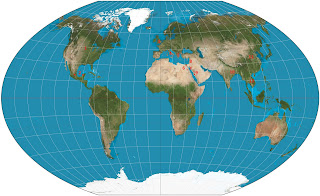 Each of the locations indicated on the map above is a place that is sacred to one of the world's religions.

Known in the Lakota language as Paha Sapa, or “the heart of everything that is,” this area of rugged terrain lies in western South Dakota and eastern Wyoming. According to traditional tales, they were home to a “wind cave” from which the Lakota people first emerged onto the earth. They were also the location of a gold rush in the late 1800s that led to much conflict between the US Army and the native people. 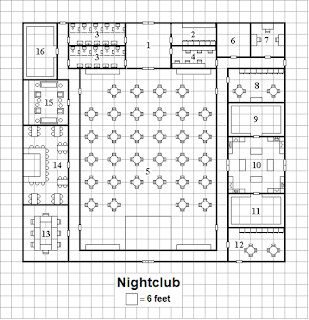