Due to my recent retconning of the Diablerie supplement, I decided to create a new article detailing a hotel for use in The Sixth Gun campaign setting. 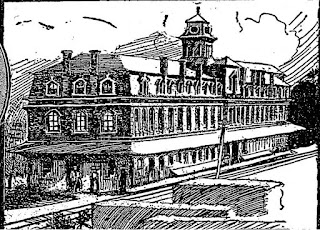 Hotel
At some point the PCs are likely to be in a relatively populated area when they need to rest following previous business. This location is just the place—but that doesn't mean their stay is going to be uneventful. 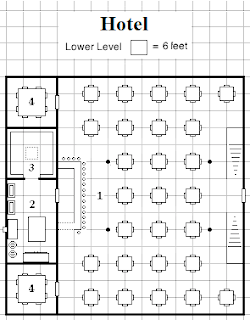 The hotel is two stories in height. The first floor has a broad main room (1) filled with tables and chairs, and with a bar along the inside wall. Behind the bar a door leads to the kitchen (2), and further back to the pantry (3). There are also two small rooms (4) available for gatherings that require a little more privacy. 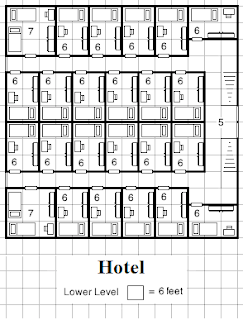 Two stairways lead from the main room to the upper floor (5). Most of the rooms there (6) are furnished with a bed, a wardrobe and a small desk. There are also some rooms with two beds (7) for families.


Plot Hooks
All kinds of complications could arise while the PCs are resting and recovering at these lodgings, including the following possibilities.

Posted by Nate Christen at 7:27 PM