Here's a campaign guide for the adventures of the Godsharp Saga. 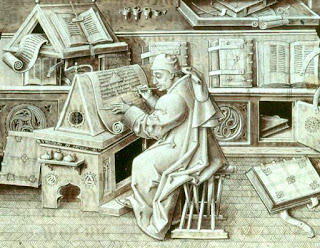 Campaign Overview
Presented here are summaries of the six scenarios that make up the Godsharp Saga. GMs can use this as a guideline, but should keep in mind that no story survives unscathed an encounter with the players.

Part 1: Out of the Blue
While relaxing one evening in a town on Homeworld, the PCs witness an attempted robbery. The victim is a local wizard named Thaddeus, who has recently observed and plotted the course of what he thinks is a meteorite falling from the sky; he wishes to recover its metal for use in crafting magical items. Impressed by the PCs' abilities, he recruits them to join an expedition with that purpose.

During their voyage by sea the party encounters a storm that causes numerous hazards aboard the ship, including the risk of being swept overboard and the eruption of rat swarms from the ship's bilge. The PCs also have a chance to begin discovering their roles as part of a ship's crew, something that will become important in the future.

Upon arriving at the island, the PCs can explore a number of different areas to learn more about the situation. There's a mysterious shipwreck in the nearby waters, with a dead elf tied to the helm; a small sahuagin outpost; a trading fort that has been overrun by strange monsters; a village of alarmed lizardfolk; and a curious stone pyramid deep in the island's interior.

That pyramid contains numerous surprises, including the tomb of a lizard man who has traveled beyond the limits of Homeworld. There are also a few traps and puzzles, along with a variety of monsters, to protect its secrets. Most notable of all, however, is the fully functional aethership dhow that waits in the pyramid's uppermost level.

In the end, the thieves try once more to steal those hard-won prizes, and only through quick thinking and fast action can the PCs keep what they have claimed.

Part 2: Among the Stars
Having acquired their own aethership, the PCs can take whatever steps they deem necessary to outfit it. This includes laying in necessary supplies, along with cargo and maybe even passengers. It's also a chance to settle any business on Homeworld before heading out into the Void.

Then, armed with details from the elven captain's logbook, they can set out to deliver news of the elf Captain Quinariel's fate to his people at Starfort Station. Once in space they can encounter many of the Void's denizens, including natives and other travelers. Eventually they should reach Starfort Station on a moon of the planet Kronos, where the Elven Navy has its headquarters. There, while reporting what they know, and learning what they can, they also hear about the disappearance of a visiting arborling naturalist.

Provided that they choose to investigate, the PCs can learn more about the appearance of fiendish monsters in the waters beneath the moon's icy crust, and can go in search of the missing arborling. The search leads them into battle with a group of skum that have set up a stronghold, worshipers of Lamashtu who have been working to create an evil infestation and who seem to be connected to an even larger plot.

Part 3: At a Crossroads
At some point the PCs' business likely leads them to Crossroads, a settlement in the asteroid belt. There they can mix with the locals, including Governor Reda of the Royal Interplanetary Company and the Order of the Lion's soldiers. It's also a good place for buying or selling cargo, provisions and other supplies, as well as to rest and relax between business. Before long they can become embroiled in some of the conflicts on the asteroid, including run-ins with mimics posing as cargo, rowdy orc sailors, and a ship infected with the plague. They might even venture into the tunnels beneath the settlement, which have become infested other dangerous creatures.

The most important event taking place on Crossroads, however, is the Festival of the Comet, named for the heavenly body that passes every few years. This includes all kinds of competitions, including archery, wrestling, fencing, and even artistic performance, with awards for the winners presented by Governor Reda himself. The culmination of it all is an aethership race through the asteroid belt, with numerous local and visiting crews participating.

During the race, in addition to any competitive shenanigans, the PCs can find an old ship, the Constant, trapped in the ice of the passing comet. It is an old cog belonging to the R.I.C., and aboard it is evidence of an expedition that went horribly wrong—along with a nabasu demon that breaks free as the ice begins to melt. If the PCs can defeat it and recover the goods from the wreck, they can learn of important and dangerous discoveries on the planet Tyr.

Part 4: Beneath the Sands
One way or another, the PCs can learn about the Constant and its failed exploratory mission to Tyr. Whether they decide to pursue potential adventure and wealth on their own, or are recruited by Governor Reda to do so, they can outfit their vessel and head for the cold red desert planet. En route to their destination they have more run-ins with the hazards of space, including a mi-go attack on an oma, a group of undead, and a ship overrun by a black pudding. They also find another clue to the larger plot happening in the Sol System, when their old associate Captain Axelrod—under some kind of mental influence, and accompanied by a medusa—ambushes them.

On the red planet itself the PCs encounter some of the locals, including a burrowing remorhaz and a group of jann. They can learn a little more about the expedition, too, which made landfall and sent explorers into a network of underground passages. Venturing in the tunnels, the PCs run into more native monsters, including cytillipedes, a chaugrak, a hive of shriezyxes and a chuul. They also find more evidence of the lost explorers, and clues to the tunnels' other inhabitants, a tribe of troglodytes.

At the center of this all is the troglodytes' ziggurat temple. Through stealth, trickery and the use of force, the PCs can explore the temple, discover the cult of Lamashtu's activities and face off against the high priest and other clerics. They can also learn about a planet that once orbited where the asteroid belt now lies, and about the magical artifact which caused that world's destruction—a weapon that the followers of Lamashtu seek for themselves.

Part 5: Beyond the Pale
Armed with what they've learned during their journey to Tyr, the PCs by now should recognize the threat that the Sol System faces, and should have some ideas of how to investigate further. Pursuing those options can lead in a variety of directions.

The most direct option is to confront Governor Reda and, more importantly, his alluring mistress. She is in fact a succubus, and dealing with her can lead to mental domination as well as conflict with those who unwittingly support her. At Crossorads the PCs can also meet a dryad stowaway named Phigalia, one who hails from a sylvan world beyond the Sol System. She is being pursued by the orcs on whose ship she was hidden, and can reveal their smuggling activity between Crossroads and the Island of the Minotaurs on Homeworld.

Paying a visit to that island leads the PCs into the heart of the matter, where they can find and raid the minotaurs' labyrinth and stronghold. There they face up against more worshipers of Lamashtu and more demons, and can seal a portal that provides a gateway to the Abyss. They also find evidence of a planned attack on the Temple of Ptah, in the nearby Holy City. Things are complicated when the dryad succumbs to a strange illness and turns into a spectre that attacks the PCs.

By acting quickly the PCs can catch the attackers in the act of a daring subterranean burglary, and thus learn more about the destruction of Hiveworld and how the weapon that the demons seek. That information, then, can lead them back to Kronos, where the elves maintain insterstellar portals leading to planets around other stars. The demons what they can to sabotage the PCs efforts, including the possession of the elven admiral, who tries to arrest them. As long as the truth is revealed, however—including the fact that a shadow demon has been letting the orcs and their allies use the portal—the PCs can gain access to the portal that leads to Arborea, the world from which Phigalia came.

On that world, after dealing with some of the natural hazards, the PCs find a place where wicked magic has been used to create a ship of the dead from the bodies of slain arborlings. They also meet the lillend Harmony, who can tell them that the ship and its crew have gone to seek the Godsharp. They also face one more ambush, this time by a group of vrocks.

Part 6: Into the Eye of the Storm
In a race against the necromancer and demons, the PCs can venture into the asteroid belt, to the point where Hiveworld would still be, and seek the spirit of the long-lost formian queen. As long as they can convince her to reveal what she knows, they can learn that the Godsharp is hidden in a shrine inside the never-ending storm on the planet Thunar. Heading there, they find the necromancer and his allies working to acquire the artifact, and a vital confrontation occurs. Win or lose, the fate of Homeworld hangs in the balance.

As long as they can acquire the device, the PCs still face the task of destroying it. To do so they must head back to Kronos and use another of the elves' portals, this one leading to an abandoned arkship that drifts in orbit around a black hole and its feeder star. There they face off against a colour out of space, the entity that overran the arkship's crew, along with the bronze dragon that has fallen under its sway. There are also the last of the demons and their cloud giant ally who do everything in their power to reclaim the artifact. If the PCs can succeed, however, by throwing the device into the black hole, then they can end the threat to Homeworld once and for all.

Incorporating the PCs' Individual Stories
The summaries presented above assume that, for the most part, the PCs take on jobs when offered and follow up on clues as they find them. Most GMs know, of course, that players don't usually follow such linear storylines. What is more, the players' own inventions can and should be woven into the tapestry of the campaign, making for a richer and more personally engaging story. Presented here, then, are some suggestions for making that happen.

Before the Campaign
As mentioned above, the background stories that players create for their characters can add NPCs and potential plot hooks for the GM to use later. These can include, but of course are not limited to, the following.
The Ultimate Campaign supplement, Chapter 1, has lots of information and suggestions for helping to develop characters' backgrounds.

During the Adventures
Once the action has started, there are many more ways one can add to the tapestry of the story, such as the following.
Again, Chapter 2 of the Ultimate Campaign supplement presents extensive rules for what kinds of things the PCs can do during their downtime between adventures, and the GameMastery Guide details the boons that organizations and other NPCs can award to the PCs.

The Aftermath
Finally, the events at the conclusion of a campaign have important implications for future campaigns; some things to consider include the following.
Once more, Chapter 3 of Ultimate Campaign has extensive suggestions for character retirement, along with rules for game mechanics that can add layers of complexity to the PCs' activities. 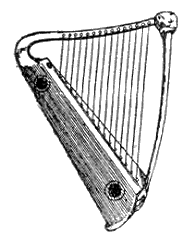