Factions: The Royal Interplanetary Company and the Order of the Lion

This post rounds out two more factions that were previously introduced as part of the Crossroads asteroid colony. 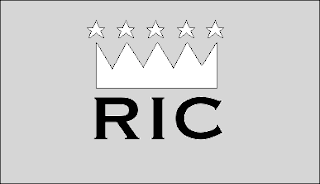 Royal Interplanetary Company
While many of Homeworld's inhabitants remain blissfully unaware of life beyond their own planet, some few not only know about those possibilities but actively work to exploit them. A good example of this is the Royal Interplanetary Company, a group founded with funding from investors and approval from the local sovereign. Its members stand to turn a considerable profit, or lose all of their money, depending on the intrepid captains and crews who conduct their business.

Goal: Colonization, Trade and Profit
This group's goals focus on creating new settlements throughout Known Space, providing them with the goods they need to survive and thrive, and exploiting the inherent wealth of those worlds—eventually passing on a considerable profit to the investors as well as the sovereign.

Alignment: LN
Since law and order makes for an easier distribution of profits, members of this organization generally support the powers that be. There are occasional exceptions, however; such individuals exploit the existing legal system for their own gain. Sometimes that means bending the law, and sometimes it means blatantly breaking it.

Leader
The Company, as it is known to its members, is ostensibly controlled by King Edmund III, insofar as he can overrule any decisions made by the merchant captains. Even so, in practice those captains have tremendous autonomy, and the fact that they serve on far-flung planets and moons means that it can take a long time for the king to learn of their activities.

Headquarters
King Edmund III oversees operations, of course, from his royal palace on Homeworld. Individual captains have their own homes, ranging from small but comfortable affairs in remote colonies to grand and opulent mansions in more civilized and cosmopolitan locations. Refer to the description of Reda Manor in the Crossroads Asteroid Colony for an example of one Company base of operations.

Using the Royal Interplanetary Company in an Aetherial Adventures Campaign
This organization can provide plenty of plot elements for a space fantasy RPG campaign; presented here are a few of the possibilities. 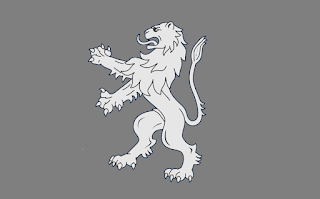 Order of the Lion
Although this organization began as an order of knights based strictly on Homeworld, they have been charged by the King with protecting members of the Royal Interplanetary Company and their business interests. To that end, they are now commonplace aboard R.I.C. vessels as well as in settlements where they have warehouses.

Goal: Protection
Given their mandate, the sole focus for knights of this order is to protecting the personnel and material holdings of the Royal Interplanetary Company. By serving aboard R.I.C. vessels, they sometimes become involved in exploration and diplomacy as well.

Alignment: LN
These knights take promotion of law and order to an extreme, following the commands of their King as if they are gospel.

Leader
Archduke Sigmund is the chief knight of the Order; he resides at the palace of King Edmund III on Homeworld.

Headquarters
Rather than having their own bases of operations, these knights are stationed in R.I.C facilities. Refer to the description of the R.I.C. warehouse on Crossroads to find stats for knights of this Order and their commander.

Using the Order of the Lion in an Aetherial Adventures Campaign
This organization can provide plenty of plot elements for a space fantasy RPG campaign; presented here are a few of the possibilities.

Posted by Nate Christen at 6:23 AM