Following up on yesterday's post, this one explores more background for the Church of Ptah by adding some familiar elements from Greek mythology. 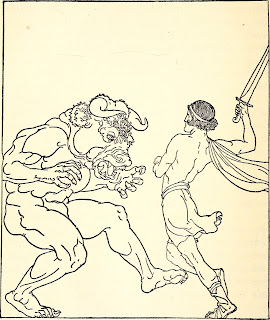 The Minotaur Heresy
Legend has it that, back on their original homeworld, followers of Ptah revered a sacred bull. That animal was considered to be a partial manifestation of the deity, and thus was treated like royalty. When it came to pass that this animal died, the priests would search far and wide until they discovered a new incarnation of the bull and brought it back to their temple.

Other stories, however, tell a much more complicated tale, and one that is driven by carnal lust and the desire to gain unimaginable power. According to that tradition, the bull one time appeared on a remote island, walking up out of the sea. The local king knew what it was, but failed to turn it over to the priesthood; instead, he kept it as part of his own livestock. As punishment, the king's god caused his wife, the queen, to become enamored of the bull. Indeed, such was her infatuation with it that she paid a local craftsman to create a device that allowed her to couple with it. She became pregnant from that illicit union, and the result was a human with the head of a bull—the first minotaur. The legends go on to say that the king had this monster imprisoned in a subterranean labyrinth, indeed one that was built by the very same craftsman who had assisted the queen. There it remained, fed with a steady supply of sacrificial victims, until a brave hero came along to slay it. That, it would seem, was the end of that. 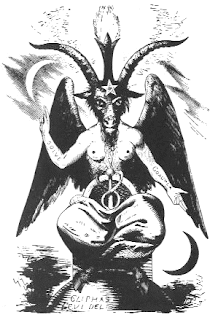 Demonic Influence?
The truth of the matter may not be so simple, however. Some say that the queen was not driven by simple, bestial lust, but by a desire to gain tremendous power by coupling with a manifestation of the deity. Others maintain, however, that she had succumbed to the temptations of the demon lord Baphomet, and thus that all of the monsters descended from her progeny are inherently evil.

Among the minotaurs, this has led to a rift in their society. On the one side are those who embrace wickedness and cruelty, and that strive to serve evil masters in order to gain the fiendish power that should have been their birthright. On the other side are those who believe themselves to be descended from Ptah, and therefore who seek to discover the mysteries of the universe in order to better understand the nature of the ancestor and Maker. The latter group views the description of the labyrinth as an analogy for the mysteries of the universe, with space itself being the walls of the maze. 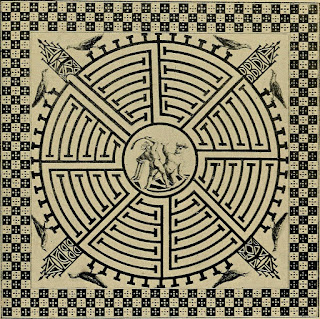 Posted by Nate Christen at 3:29 AM