It seems appropriate to post this update of my Appendix N for Treasure Hunter Adventures on this, the twentieth anniversary of the terrorist attacks on 11 September 2001. Among many other repercussions, those events led to the invasion of Iraq, which in turn contributed to looting at the national museum in Baghdad--and, thus, the efforts described in this book. 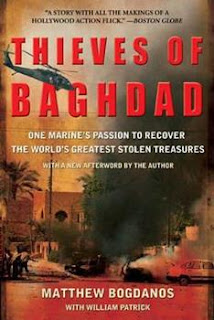 Posted by Nate Christen at 4:53 AM