Deities from Beyond the Sol System

Detailed here are two deities worshiped on planets beyond the Sol System, for use with space fantasy adventures and campaigns. 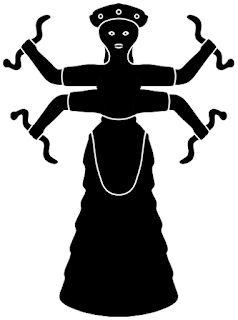 (The image of Shyama is based on one created by AnonMoos and shared via WikiMedia.)

Deities from Beyond the Sol System
Through their interplanetary journeys, the elves have discovered several inhabitable planets that orbit stars other than Sol, including Proxima and Arborea. In this way they have also learned of new religious practices, including the following two deities.


Shyama, the Goddess of Creation and Destruction
To the nomadic shobhad people of Proxima, the goddess Shyama embodies the whole circle of life, beginning with birth, including all of one's hardships and celebrations, and ending in death.
Common followers: Shobhad nomads, some kasatha monks.
Important times: Sunrise and sunset.
Sacred locations: The Oasis.
Forms of worship: Immolation of offerings

The Nature Spirit of the Arborlings
This entity is not considered to have a physical form or even an outward appearance; rather, it is believed by the arborlings to be invested all living things.
Common followers: Arborlings, other sentients from Arborea
Important times: The passing of each season into the next
Sacred locations: Any wild places
Forms of worship: Singing, chanting, communal meditation and prayer