Here's a post that can apply to both D&D 3e/Skull & Bones and Pathfinder--a system for using ritual magic in a campaign. 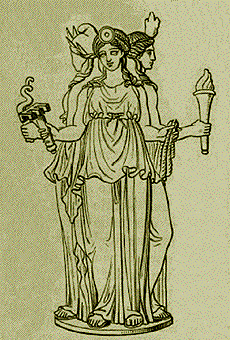 Ritual Magic
According to the core rules for Dungeons & Dragons 3rd Edition and its derivatives, casting spells is an individual process. A single spellcaster works by oneself to complete the necessary incantation and gesture, and provides any required materials to trigger the desired effect. While that system works very well for the types of adventures one normally experiences in a high-fantasy setting, it can also be interesting to make spellcasting into more of a group activity. This can also allow multiple lower-level characters to unleash spells that would normally beyond their capacity.

Basic Mechanics
In essence, using ritual magic allows characters to apply the bonuses of metamagic feats to spells based on the number of additional characters who contribute to them. To do so, one character--usually the highest-level caster present--is designated as the primary caster. The spell, using that character's level, is the base effect. Additional characters can contribute the bonuses of metamagic feats, based on the number of caster levels they add to the mix.

For example, a siren sorceress mistress (level 6) is being assisted by her apprentice (level 4) and eight neophytes (each level 1). The mistress is, of course, the primary caster. She decides to create a major image with which to mislead some passing sailors. Ordinarily, the DC for that spell would be 13 + her Charisma modifier; it would have a range of 640 feet, and an area of effect equal to ten 10-foot cubes. With the assitance of her fellows, however, she could add the following effects:
This combination can be especially useful for wicked spellcasters who are summoning extaplanar creatures or who are creating undead monsters.

Limitations
Note that all characters who contribute must have at least one level in a spell-casting class, and all of those who work together use only the levels that they share in a single class. Furthermore, spells which require concentration are automatically disrupted if even one of the contributing characters is incapacitated. The characters who are involved must be in physical contact with each other, such as in a circle together. Finally, the casting times for spells increases during ritual castings.