Since we started the month with the first of these prequel comic series, it seems appropriate to finish with the fourth of them. This one is perhaps my favorite. 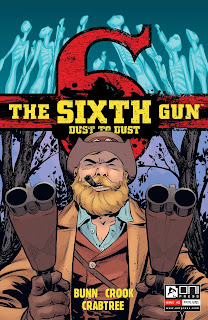 These three issues were originally published from March to May of 2015. Here are my impressions:

Posted by Nate Christen at 4:39 AM