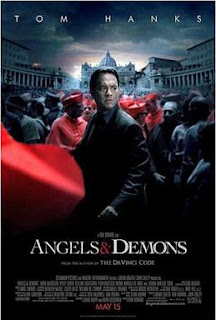 From the beginning, it's important to remember that Angels & Demons is not a treasure hunter story. It is a thriller, but essentially a murder investigation. With that in mind, here are my thoughts as I watched the film and compared it to the novel.