Influences and Inspirations for The Sixth Gun and Shadow Roads: Pale Rider

This series of posts—which I will heretofore refer to as I&I—will look at books, comics and movies related to the supernatural western genre, with reflection on how they could influence and inspire an RPG campaign. 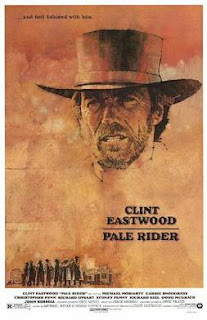 I have this 1985 Clint Eastwood western—with hints of the supernatural—on DVD, but watched it again because it's also available to stream on HBO Max. It left me with a number of impressions.

Posted by Nate Christen at 9:22 AM