In this post I'm revisiting another location from my The Sixth Gun campaign, this time Fort Arneson in the middle of the Great Plains. 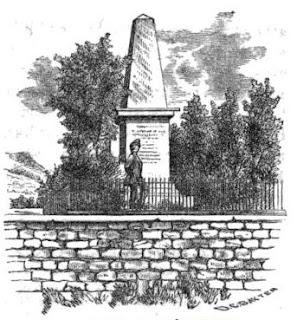 A Bit of History
Fort Arneson was built as an outpost on the Great Plains for the United States Army shortly after the Civil War. It was named for General Anders Arneson, who earned his reputation during the war against Mexico. For most of its history it remained little more than a backwater supply depot, until a major conflict erupted, and was quickly resolved.

That conflict arose during a treaty conference between the U.S. Army and several Native American tribes. The fort had been infiltrated by Dr. Mordecai Smith along with his wife, Angelique, who was secretly a practitioner of Voodoo. Aided by a band of ghouls and others, they dug tunnels in the form of a pentagram beneath the fort and then detonated explosives in them, killing many of the attendees and triggering a major battle. All of this served as a sacrifice as part of a ritual to open a rift into the Winding Way, and it succeeded. The battle was quickly resolved, however, and those who caused it were killed, due to intervention by a band of American adventurers. In the aftermath of that incident, the Black Stars moved in to work with the U.S. Army to lock the facility. Since then they have brought in others, too, including represents of the Native American tribes, to help study the rift and the world between worlds into which it opens. 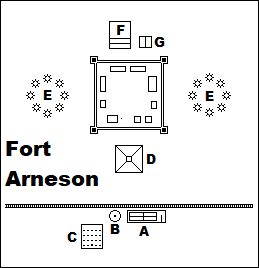 Recent Additions
The map above provides a layout for the following locations. They include the train platform (A), water tower (B), cemetery (C), council house (D), tribal circles (E), corral (F) and storehouse (G). 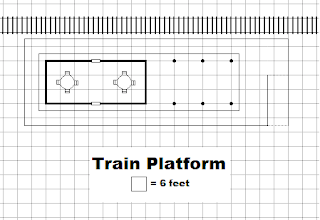 
This structure is raised about three feet off the ground, putting it level with many of the train cars that roll through the area. There is a ramp leading up from the ground. Resting on the platform is a small wooden building, one that holds little more than two tables surrounded by chairs. A broad roof extends all around it, including a covered area for those who are waiting for trains outside the building. 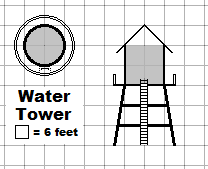 Water Tower
This structure has a cylindrical holding tank raised up on stout wooden legs; a ladder leads up to a narrow platform with a railing around it. In addition to providing water for refilling steam engines, it is used to irrigate the flowers and shrubs planted in the adjacent cemetery. 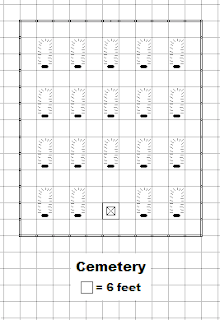 Cemetery
Not surprisingly, this area—enclosed by a low stone wall, with a gate that allows entry—is filled with eat rows of graves, each marked by a headstone. Included among the names of the deceased are Capt. Anders Arneson III, Lieutenant Sean Fitzpatrick, Dr. Isaac Shaffer, Clement Bonsteel, and Small Raven. All but the last one are people who were killed during the Battle of Fort Arneson.
At the back of the cemetery there is a small stone obelisk that bears the following engraving:

In this place, on 8 January 1887, a band of valiant Americans fought to prevent a great tragedy. 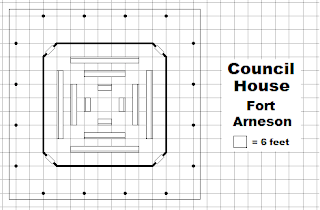 Council House
This building has a broad roof supported by sixteen columns; four doors provide entrance, and the interior is filled with benches. It is intended to be a comfortable place in which to hold discussions and negotiations.

Tribal Circles
Some of these Indian tepees are present year-round, while others come and go with their occupants. There are at least two separate circles, one for each of two bands, led by Standing Bear and Red Hawk, respectively. 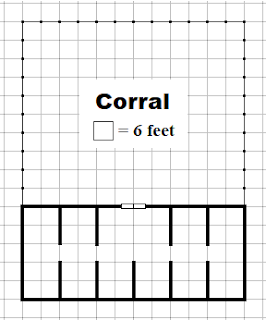 Corral
To make more room inside the fort—and because of the truce they have with the Indians—the soldiers moved their stables outside its walls. They keep a full score of horses, along with tack and harness for riding them. 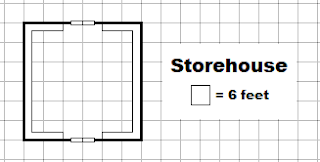 Storehouse
This building, with walls made of mud brick, holds not supplies for the fort but rather ones intended for distribution to the nearby native tribes. For that reason, it holds all manner of foodstuffs, blankets and clothing, manufactured goods from back east, and even rifles and ammunition that can be used for hunting.

Inside the Fort
The aforementioned document provides an accurate layout of Fort Arneson, except that the stables which were once located inside the walls have been replaced with another set of barracks. This means that there are two full squads of infantry soldiers, along with two squads of cavalry, each led by a sergeant, and with lieutenants who answer to Captain Jeffreys. 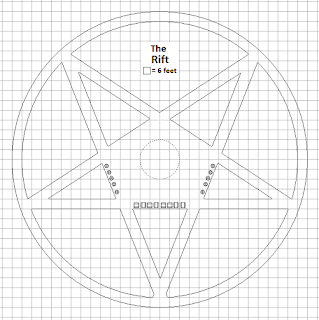 
Dug into the ground beneath the fort is a series of tunnels that form a pentagram, the result of magical sabotage that led to the Incident. In the center of these is a broad, open chamber with a gaping hole in the ground at its center; that is the entrance that has been torn open into the Winding Way. The personnel at the fort use this area for storage, including crates and barrels of supplies—and enough gunpowder that, if needed, they could try to seal the rift.

Personnel
Detailed here are the people who are in power at the fort; they represent the United States Army, the Black Stars, and at least two native bands.

Terrence Taylor, the Indian Agent (Seasoned)
This Indian agent has read a lot about Native Americans, and is entrusted by the government to make annuity payments and arrange treaties. During and after the Battle of Fort Arneson he has even studied under Standing Bear, participating in some of the ceremonies. Given the importance of what lies under the fort, he takes his job as intermediary between the natives and the settlers very seriously.
Attributes: Agility d4, Smarts d8, Spirit d6, Strength d6, Vigor d6
Skills: Academics d6, Athletics d4, Common Knowledge d6, Notice d8, Persuasion d8, Research d8, Stealth d4, Tribal Medicine d4
Pace: 6”, Parry: 2, Toughness: 5
Edges: Connections, Linguist
Hindrances: Cautious
Gear: Fancy clothing, writing materials, Bowie knife (Damage d4+d6).

Plot Elements
Detailed below are just a few of the ways in which the PCs could become entangled in adventures and campaigns settled around Fort Arneson. 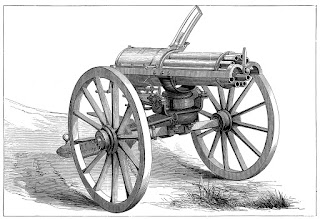 Appendix: The Inscription on the Obelisk

Posted by Nate Christen at 7:01 PM