This post is the first of what I hope to add every three days this month, to celebrate the fortieth anniversary of the movie Raiders of the Lost Ark--which occurs on Saturday, June 12th. It presents two books that inspired my Treasure Hunter Adventures projects. 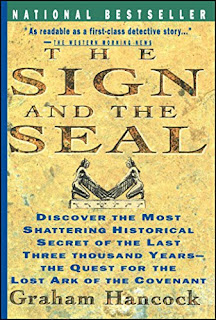 The first book, by Graham Hancock, is The Sign and the Seal. It describes the author's efforts to fid the lost Ark of the Covenant--something that was intriguing, of course, for me as a fan of Raiders. I don't wish to debate the academic merits of the book. Instead, I'll just say that it made me start thinking about working on modern-day treasure hunting adventures. All I needed was a rules system to use for writing them. 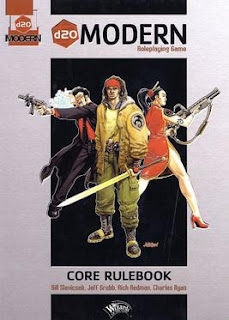 The second book provided an answer to that first conundrum. It was, of course, the D20 Modern RPG, released in November 2002. It took the still new D20 System that premiered with 3rd Edition Dungeons & Dragons, and retooled it for use with modern adventures. It was a perfect fit! I still think this RPG was underrated, even though it now feels a little clunky. Equipped with that, I put together D20 Modern Treasure Hunter, which was published by Emerald Press. 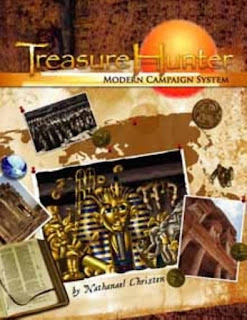 Posted by Nate Christen at 7:51 PM