Today marks two notable anniversaries. The first is for Treasure Hunter Adventures, which I released one year ago today on DriveThruRPG.com. 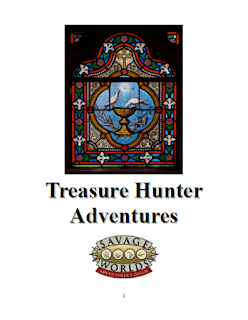 Since then, it has gone on to become a Copper Best Seller.

Finally, this is also the 67th anniversary of an influential film being released: The Secret of the Incas, the main character of which is said to have inspired the look of Indiana Jones for Raiders.
-Nate
Posted by Nate Christen at 10:59 PM