This article provides stats and plot hooks for various types of criminals, for use with Savage Worlds and The Sixth Gun RPG.
-Nate
Outlaws PDF 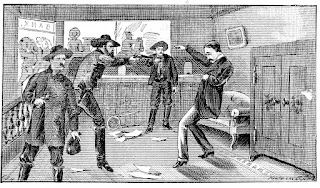 Among the legends and stories that have come out of the American West, many of the most memorable tell of how men and women flaunted the law through acts of thievery, murder and the like, and then managed time and time again to escape capture by those who pursued them. Some eventually were caught and brought to justice, but others disappeared into the wilderness, never to be seen again.

Presented below are archetypes for five different types of common criminal characters.

These rough and tough hombres use their fists to achieve their desired ends.

This person earns illicit income by receiving stolen goods and then selling them to customers who may or may not know how they were obtained.

Some criminals make their living through deceiving others, such as con artists and snake oil sellers.

In some places, such as New York City or San Francisco, criminals form organizations with a distinct hierarchy and a powerful individual in a position of leadership.

While most cowboys guide herds assigned to them by the people who own the cattle, some seek wealth by stealing cows or horses from others.

Perhaps the oldest form of crime is when light-fingered individuals take things from others. 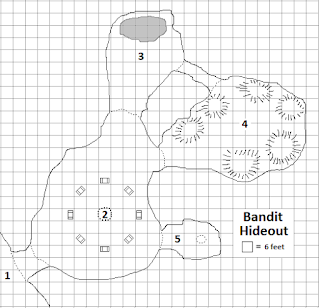 A bandit camp on the frontier might be made from natural caverns that have been worked a little to make them more inhabitable. From the entrance (1) it opens up into a broad main cavern (2), which has a firepit along with chests and trunks the provide seating. From here, side tunnels lead to a small pool of water (3), a cave with sleeping pallets (4) and a midden pit (5). 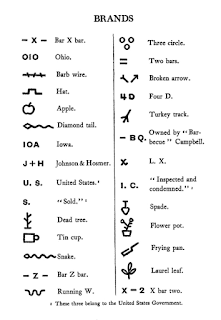 While gold and silver receive the most attention when it comes to act of thievery, horses and cattle are also a valuable—and mobile—asset. For that reason, rustling is not uncommon, and particularly despised. This is why ranchers brand their animals with a distinguishing mark, so that they can be told apart from one another. The picture above lists some especially complicated marks, but rustlers are always devising means of circumventing such efforts.

Here are just a few ways in which outlaws can be part of adventures and campaigns set in the world of The Sixth Gun.