Review for Light of Xaryxis

Finally, here are my thoughts and questions about the adventure.

All in all, I think Light of Xaryxis will make for a fun campaign this year. 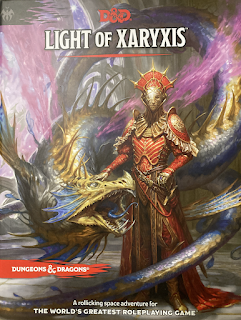 Posted by Nate Christen at 6:53 PM