Graveyard of the Gods

Here's a link to a Kickstarter for D&D 5E and Pathfinder 2E that I think looks interesting. One of the writers is Matthew J. Hanson, a writer from the Twin Cities area who's done good work already with Broken Earth for Savage Worlds and a game called Magical Kitties Save the Day! from Atlas Games, among other projects.

This one's called Graveyard of the Gods, and is an anthology of scenarios exploring dead gods in the Astral Sea. It looks intriguing, and is close to reaching its funding goal.

Graveyard of the Gods 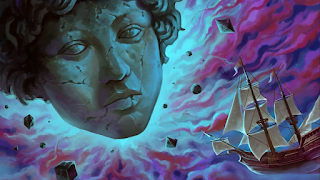