This post presents three locations for use in Savage Worlds games in general, and in particular those that use the settings of The Sixth Gun and Shadow Roads. 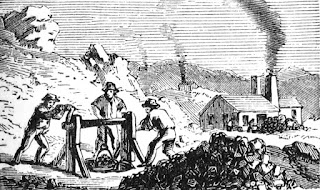 Vodyanoi Lair
This underwater lair can only be accessed by swimming into its lower level through a narrow entrance (1). Beyond that is a series of twisting passages (2) that can confuse those who dare enter. Only one of the tunnels has a hole in the ceiling that leads into the upper chamber (3), where the vodyanoi live. Holes in the coral allow them to watch their surroundings, but don't admit any creature larger than size -2 (Small).

Refer to the supplement “Fey Creatures” to find more information about the vodyanoi. 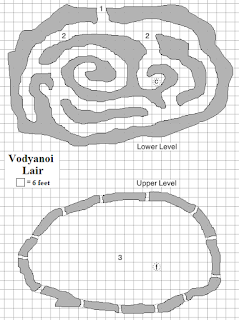 Old Mine
An open shaft leads down into this location (1); it still has a winch built above it for lowering in supplies and personnel. It leads into a broad, open chamber (2), from which numerous smaller side passages (3) lead further into the earth. In general, the height of any given passage is equal to its width at that point. 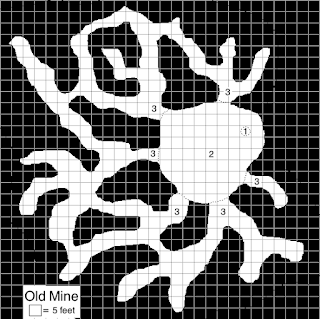 Thunderbird's Aerie
This nest sits atop a towering pillar of stone located in the middle of the western desert. Climb checks, or the ability to fly, are needed to reach its pinnacle. The spire rises one hundred feet into the air, and is topped by a mix of branches, bones, and other materials—with any number of valuable items strewn in their midst.

Refer to pages 79-80 of The Sixth Gun RPG to find stats for these monsters. Given the truly daunting nature of these creatures, it seems more likely that the PCs might come here while the thunderbird is not present. They would most likely come seeking the remains of this creature's previous victims, such as those of an expedition that was caught in the wrong place at the wrong time. 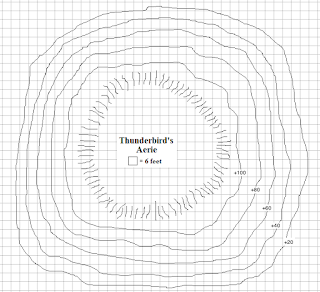 The Ship in the Ice
This old-fashioned wooden sailing ship clearly ran into some kind of trouble, and in a cold environment; it has now become stuck in a floating mass of ice. Two masts still rise up from it, but the sails have long since fallen into tatters. The ship has a raised sterncastle (1) and forecastle (2), both of which can be reached by stairways from the main deck (3). In the stern, a narrow passageway (4) leads to two aft cabins (5 and 6). One was used by the captain, while the other was reserved for important passengers. Toward the bow is a cabin for other officers (7). A hatch opens into the vessel's cargo hold (8), and stairs lead down to the crew quarters (9) and mess (10). 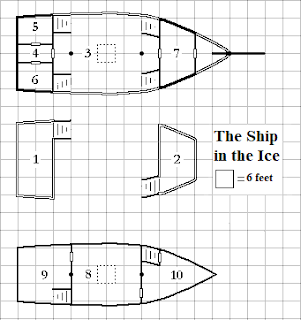 The ship in the ice could easily be inhabited by ghouls, a ghost, or even a plague spawn demon, trapped because it killed off the other passengers and crew.

Reaching the ship, however, requires climbing over the surrounding mass of ice, which rises as high as thirty feet. 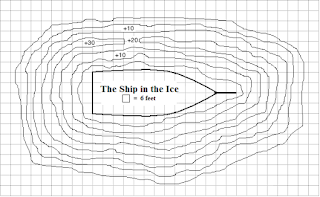 Plot Hooks for the Lairs
Detailed below are just a few of the ways in which these locations might be used in adventures and campaigns.

Posted by Nate Christen at 9:31 AM