Another novel that can provide plenty of inspiration for The Sixth Gun campaigns is this one. 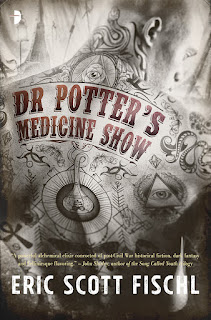 This novel represents one of the reasons why I love having used book stores in the world. One day I was early for a dentist appointment, and so I popped into the nearby Half Price books to peruse the shelves. This novel was in the Sci-Fi Fantasy section and the title immediately caught my eye; otherwise, I might never have heard of it. Over winter break I finished reading the book, and here are my thoughts about it.

Posted by Nate Christen at 6:36 PM