I've been working on a Savage Worlds/The Sixth Gun scenario for a gaming weekend that my brother and I are planning with some old college buddies; presented here are the pregenerated characters that I've made for it. 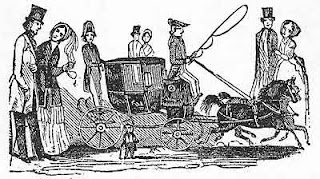 Using these Characters
First and foremost, these characters are designed to be pregenerated heroes for use with the scenario “Truth and Consequences” along with any others that might follow it. To that end, players should select one of the roles, and then make up a name, descriptive details and perhaps even a background for each character. On the other hand, a GM could provide that information and thus use them as interesting NPCs for adding to adventures and campaigns.


Using the Traveling Show in The Sixth Gun Adventures and Campaigns
This group of interesting individuals can be used in many different ways, including the following possibilities.