For today's post I have a deck plan for a small two-masted vessel, akin to a sloop. This could serve well as a small merchant ship or the first prize pirates claim after going on the account. 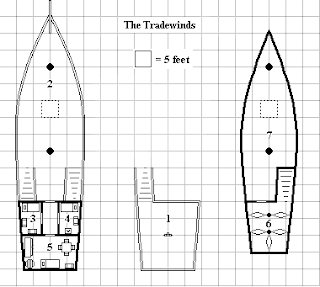 8. Crow's Nest (Not pictured)
A small platform high on the ship's foremast provides a place for the lookout to stand.
Posted by Nate Christen at 6:15 AM